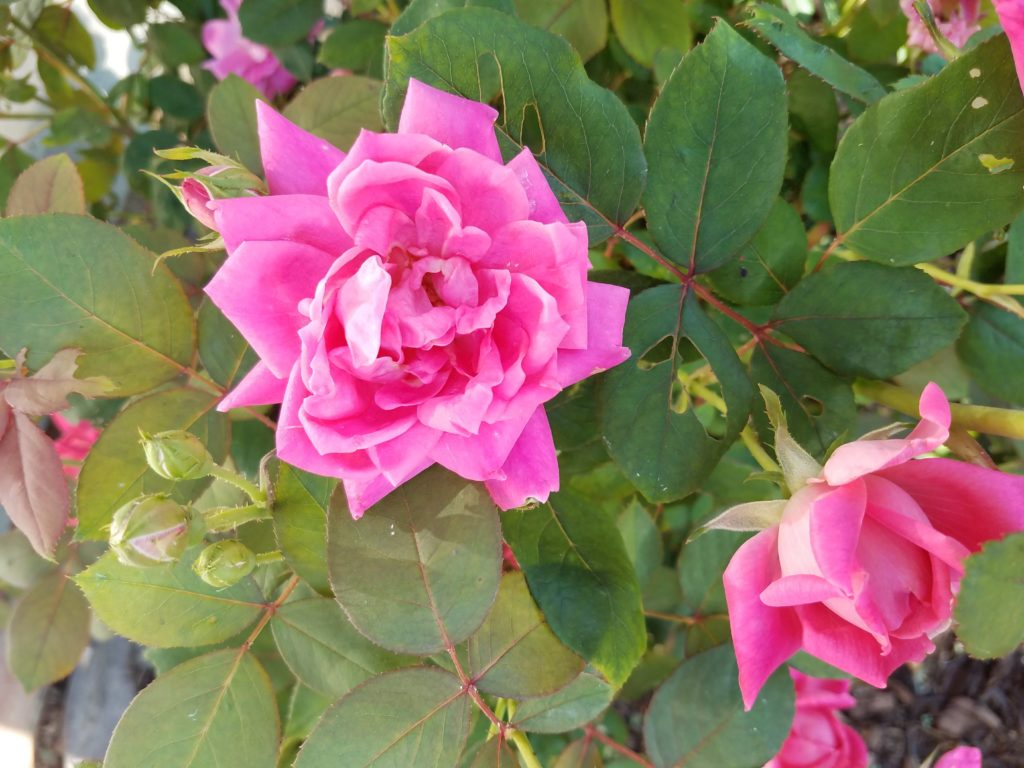 My husband and I were enjoying a rare and treasured Saturday afternoon away as the leaves turned at the end of 2016. It took me the entire two-hour drive to our favorite city to get out the words in a faint whisper, “Ben…I think I might be depressed.”

Motherhood, at the time, presented as the greatest of my struggles. Being around young children was overwhelming. Enjoying my own children felt possible only in tiny amounts. I even took extreme (for me) measures and got an IUD placed to prevent more pregnancies.

I’ve shared in vague terms that 2017 was an especially challenging year for me personally and for our family. And troubleshooting exactly why started with that conversation, though resolution wouldn’t come until much later. That particular conversation ended with us both agreeing that depression was a legitimate emotion followers of Jesus could feel, but to combat those feelings maybe I just needed to press into my faith: more Bible, more prayer, more community. Fall changed to winter and I didn’t think much about the numbness with which I went through the motions of the holidays.

(My thinking has since clarified and this nine minute video ‘Can a true Christian have depression?’ provides a spot on answer.)

In February 2017 I flew out to San Diego for a work trip and that is the time marker I can put on the decline of my physical health. The plane ride depleted my energy more than it should have. I didn’t approach my work with the zip and zest I’m known for. I later learned that I contracted mono on that trip, likely due to my buckling immune system.

I resolved to combat the slump by increased caffination and trying harder as I had a busy work season ahead of me. Not only was I pushing to excel at my ‘bread and butter’ online job, I was also striving to build my budding birth business (…in addition to starting another online business…I know, I know) and had several doula clients due in the Spring. As you would expect it’s normal for birth workers to feel exhausted but fulfilled coming home from their shifts. For me during that time, I headed out the door already feeling whipped. Exhaustion, brain fog, and tension headaches were daily companions.

In May I unexpectedly landed in the ER for dizziness so severe I couldn’t walk without swaying. The room was spinning and I saw black spots. It was terrifying. Ben told me he hadn’t seen me so undone, even in the natural labors of our daughters. We left the ER with the diagnosis of vertigo, some medication, and a recommendation to follow up with my primary care provider.

That experience launched us into a battery of tests and what felt like throwing spaghetti against the wall of various doctor offices. Maybe a B12 deficiency, complete with weekly injections. Maybe asthma and a daily inhaler. Maybe I was a busy mom of (then) two and should generally try to take care of myself. But how could I take care of the person I didn’t even recognize?

Another issue that developed in 2017 was a host of digestive problems. I’ll spare you the unsavory details, but suffice it to say that my stomach was another hot spot of pain and discomfort. A second work trip to the West Coast took even more of a physical toll than the first. The one godsend from that trip is that two of my coworkers had strong food allergies and sensitivities in their families. They had seen first-hand the health benefits of removing inflammatory foods. These dear friends suggested I start by removing gluten and dairy, often the first offenders. Within a few weeks of making that change I did start to see some improvements. It was the first glimmer of hope.

Feeling like I was cracking the code to my health I went to a naturopath that offered food allergy and sensitivity testing. That blood test confirmed the sensitivity I suspected (dairy) and showed me a few others I wouldn’t have noticed otherwise (almonds and garlic). The test also indicated that I have a yeast overgrowth in my gut. Gluten was not reported to be a trigger food for me, but I have noticed that I feel better with it out of my diet so I still make it a point to avoid. Though I hated spending the money out of pocket that our insurance wouldn’t reimburse, finally having one part of the puzzle figured out felt amazing.

Though finding out the food intolerances contributed to the start of my physical comeback, I still was still reeling on a mental and emotional roller coaster.

Recounting these details I’m struck by how much I kept pushing myself though my body was literally sounding the alarm. I continued to go through so many motions, despite feeling absolutely awful. My family are the heroes of this story. Others got my best, while they oftentimes got my worst.

The Lord had also been working on mine and my husband’s hearts during the course of the year about being open to more children. The IUD I had inserted had to be replaced due to it slipping out, and the second IUD gave me intense pelvic pain. We were using a natural birth control that was successful for us, but couldn’t shake the sense that our reasons for being closed to more children were fear-based. In our home, we have committed that fear will never be a reason for making family choices. We decided to pray to ask the Lord if we should add to our family – He said yes. I’m writing this post now with a very happy and active Harper Joy in my belly. She will be joining us Earthside any day.

Thankfully this third pregnancy is what pushed me to seek answers for my mental and emotional health. Though I’ve largely reported the physical elements of my health journey, the mental element was just as real. I didn’t find joy in my usual pursuits. My temper was explosive. I yelled at my kids. I held grudges against my husband. I obsessively worried. Once again, as the leaves began to turn I began to put words to what was happening in my mind. Like golden and reddish leaves fall to the ground, so I started to surrender and let go of clinging on to what was dead.

Ben has a dear pastor friend who is also a RN and Biblical counselor. I did a few weeks of counseling with him over video chat and we made amazing strides in that short time. I’m still thinking through and benefitting from the soul work. The biggest stride was his prompting me to seek out local support and especially a therapist who could specialize in pregnancy and postpartum. 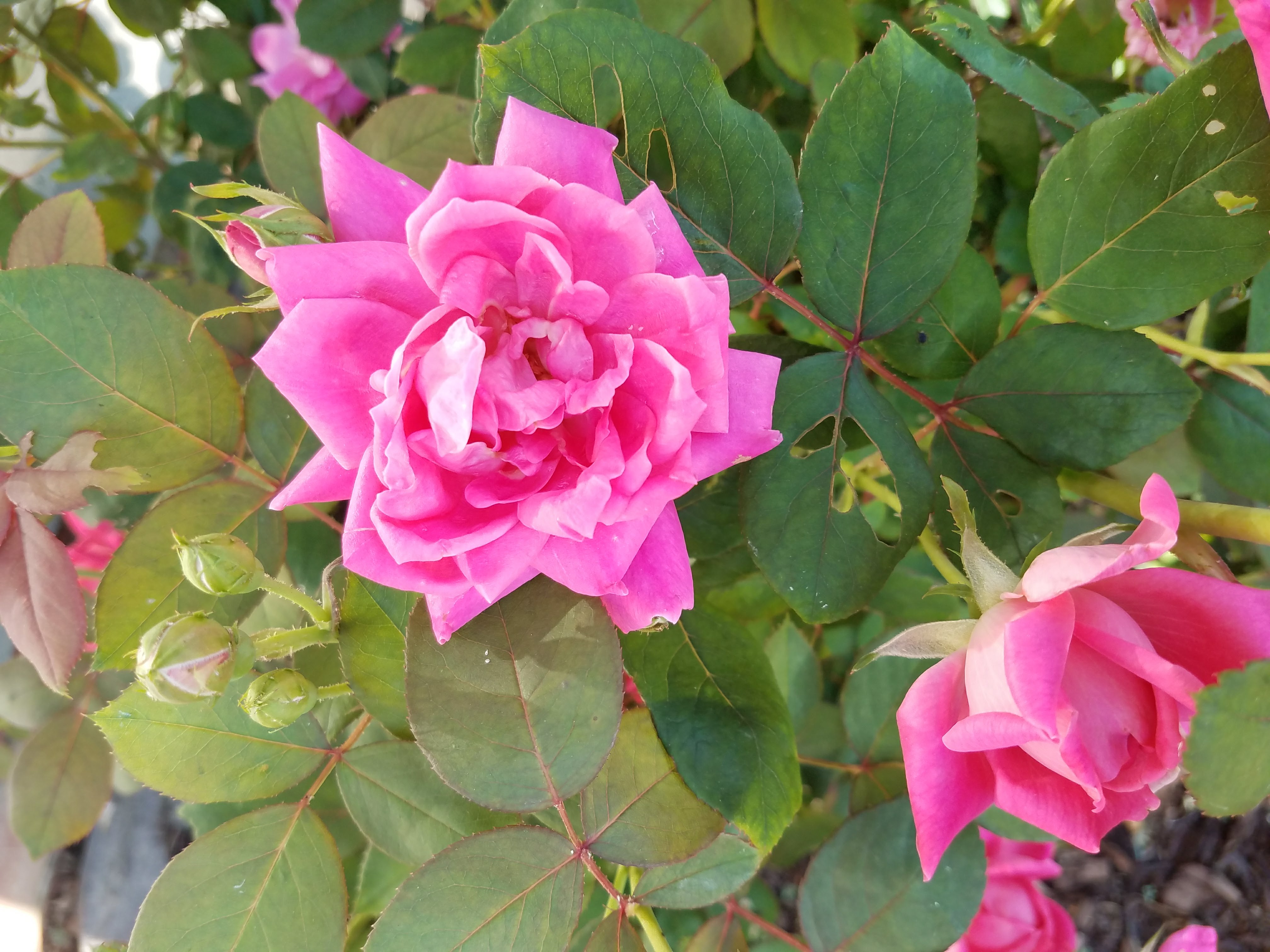 The week of Christmas I made a few calls and ended up getting connected with an amazing psychologist. Though, again, therapy ended up being an expense my insurance wouldn’t reimburse, the benefits have been priceless. I thank my husband often for seeing the value of making a very real investment in my health. Once I took the time to intentionally pause and work on my mind, I was amazed at the outcome.

As I write this I’m still regularly going to therapy. In the months I’ve been meeting with her we’ve unwound even more going on inside of my head. In the course of seeking counseling and finding the right counselor, three professionals diagnosed me with anxiety. In walking through my past, my therapist helped me to see that I did experience postpartum depression after the births of my first two children. It didn’t look how I thought it would, but all the markers were there. She helped me see that my anxiety and depression could be traced to becoming a mother, that I found ways to cope and covered the illness for a little while, but it was necessary to address. I’m happy to say we’ve been making strong progress to prevent PPD a third time. And, conversely, should PPD occur again I have more tools available to navigate those choppy waters.

Though I run in theological circles that can be a bit cagey when it comes to addressing mental health, I’m here to say that caring for your body is an incredibly God-fearing thing to do. A book that immensely helped us work through the practical applications of treating a sick mind just as you would any other sick part of your body is Refresh: Embracing a Grace-Paced Life in a World of Endless Demands by Shona Murray. It was helpful for me to see that sin issues can be seperate from mental health ones. Not an ‘either or’ but rather a ‘both and’. I do believe God used this trying season to turn my heart back toward Him. I also believe He graciously gifted me resources to better understand my humanness.

If I had to think of a phrase to summarize this winding journey through failing physical health and treating my mental health issue it would be: Rain Makes The Flowers Grow. The storm clouds certainly took their time gathering, and I hardly even noticed until there was thunder and lighting all around. I would never have chosen this for myself. But once a few drops of rain began to fall, it wasn’t long before the deluge began to wash and refresh the landscape of my being. And now, waiting for my precious May flower baby, I’m humbled and in awe to see such beautiful flowers blooming after the rain.

To carry the metaphor, I don’t even know every flower that was planted. But so far, I can see:

My prayer is that our culture at large, and in particular the Christian subculture, will continue to question the previously held status quo regarding mental health. I hope that we will see more Bible-based and grace-saturated ways to love those trapped in dark places. I hope science makes advances in knowing more about how God’s marvelous design works. I’m looking forward to compassionate men and women rising up to help us understand what our fellow image bearers experience. And, as always, if you’ve made it this far in reading – thank you – I hope you will see Christ as better than anything on this Earth. Illness and issues are a result of the fall, and one day everyone who abides in Jesus will be delivered from the effects of sin on a broken world once and for all.

This site uses Akismet to reduce spam. Learn how your comment data is processed.

Oh, friend! Thank you for spending a few moments with my words. I largely write about marriage, motherhood, and the Christian life. My hope is that this blog is both gut-honest and, at the same time, nurturing to your soul. Let’s get to know each other.